Looming risks through the prism of bifurcated housing market

Higher return for savers: a path toward higher investment

An organic solution to the inequality puzzle

Recent Democratic debates focused on rising wealth inequality, as candidates introduced various ideas to roll back disparity by taxing the affluent and redistribute their wealth. This would punish working professionals and small business owners without capital market access nor legislative influence. Meanwhile, malinvestment reliant on central bank stimulus and the unproductive of “zombie firms” sustained by ultra-low rates would proliferate unabated.

Both the GOP and Democrats tolerate monetary stimulus, for elected officials view effects of easy money (higher equities and lower bond yields) as beneficial to economic growth. This enabled the triumph of asset owners over wage earners to create the most potent inequality catalyst of the 21st century.

Inherent risks in the financial market used to decimate malinvestment and define capital gain in terms of risk-adjusted returns. However, central banks’ volatility suppression policies such as quantitative easing and negative rates have enabled a decade of policy-fueled capital gain to outpace wage growth. In the case of QE, relentless bond buying and “reach-for-yield” would immediately boost asset prices, while impacts on the real economy (and especially wage earners) would materialize over Milton Friedman’s famous “long and variable (policy) lags.” Under monetary intervention, fortunes have diverged along the lines of asset ownership.

If central banks release volatility back into the market, malinvestment will reprice and valuations will again couple with risks, while prudent management would reward astute investors. This is an organic path to solve the inequality puzzle, but prolonged easing (as central banks mistaken structural low inflation from globalization for cyclical weakness) have increased developed economies’ sensitivity to higher interest rates. As major central banks grab the volatility tiger by the tail, they have fostered a vicious cycle where brittleness under ultra-low rates would beget even more easing: 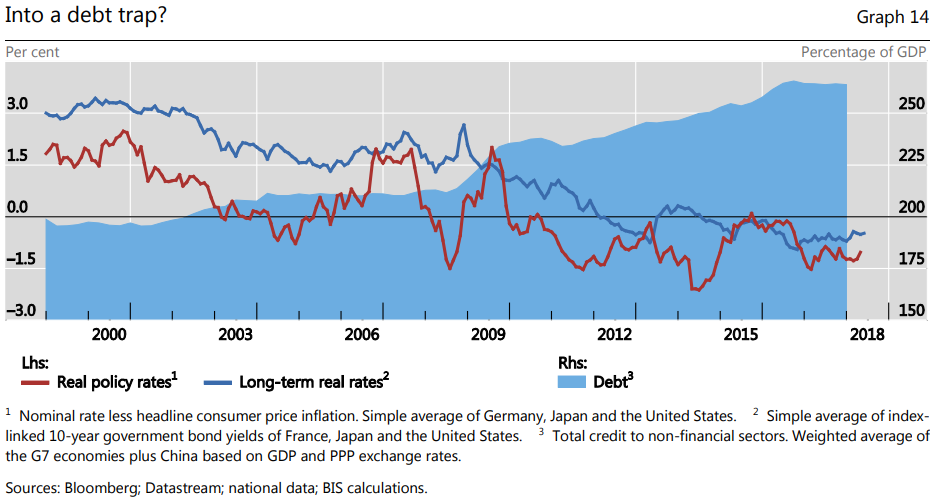 Faced with voter anger and eager to counter the rise of anti-establishment challengers, elected officials would resort to another policy intervention to placate voters: wealth redistribution. In other words, wealth redistribution programs are often attempts to “amend” monetary policies’ distributional effects. Rather than unwinding policy disruption, authorities would double down with further measures to offset effects of prior policies. In the end, repeated interventions would exacerbate socioeconomic distortions to beget further redistribution.

At the July FOMC meeting, “a number of” Fed officials urged the central bank to be even more aggressive at interventions such as deploying quantitative easing, for they were encouraged by the perception “many of the potential costs of the Committee’s asset purchases had failed to materialize.” The Fed officials did not connect the dots between rapid asset price appreciation, worsening inequality, and the 2016 election. As a result, their actions will likely pave way for further waves of follow-up wealth redistribution, as well as elected officials losing their seats to political insurgents capitalizing on popular discontent.

[Note: this article is featured on the Mises Institute]